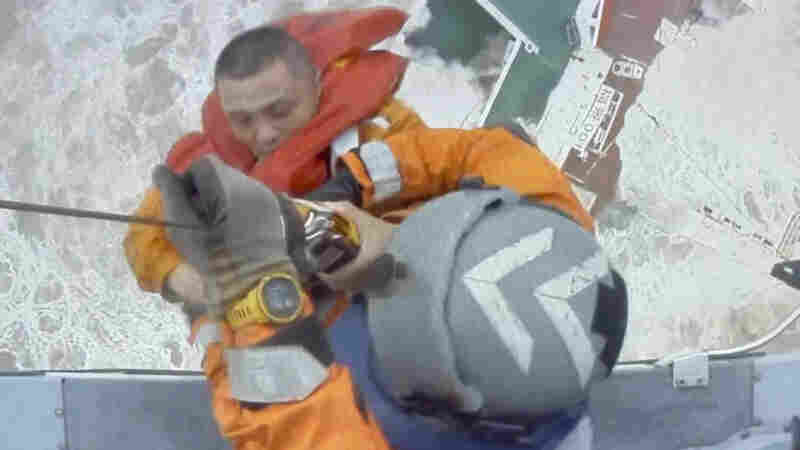 Helicopter crew members winch up a man from a sinking ship in the South China Sea on Saturday as a storm was moving in the area. Handout/Hong Kong Government Flying Service via AP hide caption

July 2, 2022 • An industrial support ship operating has sunk in a storm with the possible loss of more than two dozen crew members, rescue services in Hong Kong said Saturday. 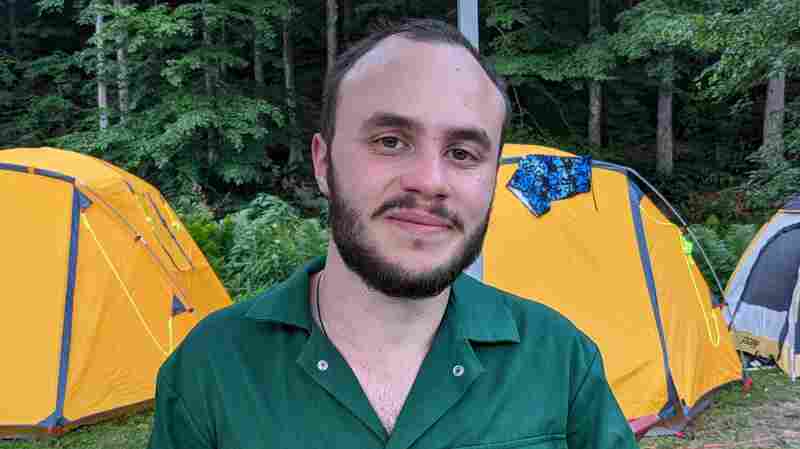 Alyosha Levstein's father was a prominent jazz musician who played with Duke Ellington, and his grandfather was a beatnik in St. Petersburg who recorded several albums. Jon Kalish hide caption

How Russian musicians are raising money for Ukraine

July 2, 2022 • JetLAG bills itself as the largest festival of Russian, Slavic and East European musicians in the U.S. But its organizers almost canceled it this summer because of the war in Ukraine.

How Russian musicians are raising money for Ukraine 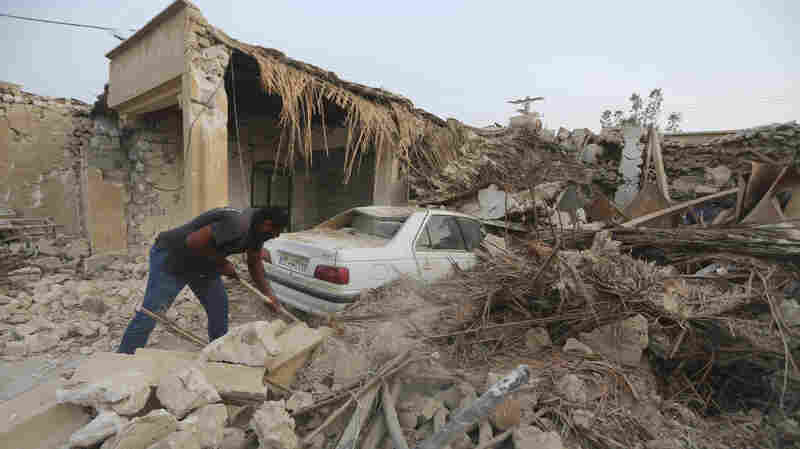 A man cleans up rubble after an earthquake at Sayeh Khosh village in Hormozgan province in Iran, some 620 miles south of the capital Tehran on July 2, 2022. Abdolhossein Rezvani/AP hide caption

A strong earthquake has killed at least 5 in southern Iran

July 2, 2022 • Five people were killed and 44 others injured in a magnitude 6.3 earthquake in southern Iran on Saturday, state television reported. 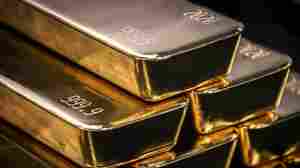 All roads lead to Russian indicators

July 1, 2022 • After the G7 talks, we're turning our attention back to Russia. But in typical The Indicator fashion, we're zooming in on three global commodities affected by the ongoing war: gold, oil, and wheat.

All roads lead to Russian indicators 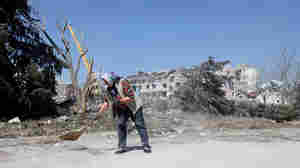 A woman cleans the area in front of a building hit by a missile strike in the Ukrainian town of Serhiivka, near Odesa, on Friday. The attack killed at least 18 people and injured 30. Oleksandr Gimanov/AFP via Getty Images hide caption

July 1, 2022 • A roundup of key developments and the latest in-depth coverage of Russia's invasion of Ukraine. 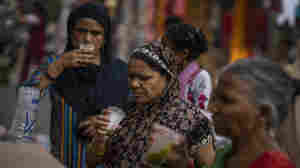 Shoppers drink juice in plastic cups at a market in New Delhi, on Wednesday. India banned some single-use or disposable plastic products Friday as part of a longer plan to phase out the ubiquitous material in the nation of nearly 1.4 billion. Altaf Qadri/AP hide caption

India begins to ban single-use plastics including cups and straws

July 1, 2022 • Other items like water or soda bottles or snack bags aren't banned yet. But the government has set targets for manufacturers to be responsible for recycling or disposing of them after their use. 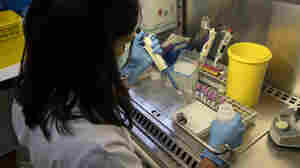 Europe is at the center of the monkeypox outbreak — and it must act quickly to prevent the virus from becoming established, the WHO says. Here, a medical laboratory technician works with suspected monkeypox samples to be tested at La Paz hospital in Madrid, Spain, last month. Pablo Blazquez Dominguez/Getty Images hide caption

New monkeypox cases have tripled in Europe since June 15, the WHO regional chief says

July 1, 2022 • The monkeypox outbreak is expanding, and Europe is at its center, says Dr. Hans Kluge. 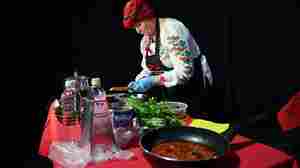 A cook prepares borsch at a March 2021 event in Kyiv to promote Ukraine's bid for UNESCO to recognize the dish as part of the country's historical heritage. Sergei Supinsky/AFP via Getty Images hide caption 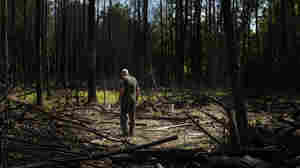 Viktor Radushinskiy, a member of Ukraine's forestry department in Zhytomyr, looks at a site in the northern Ukrainian woods where a fighter jet crashed. Claire Harbage/NPR hide caption

July 1, 2022 • The environmental impacts from Russia's invasion of Ukraine could be felt far longer than the war itself. Police guard a closed road outside the Xiqu Centre in Hong Kong on June 30, 2022, as Chinese President Xi Jinping arrives in Hong Kong to attend celebrations marking the 25th anniversary of the city's handover from Britain to China. Isaac Lawrence/AFP via Getty Images hide caption

The Hong Kong handover turns 25. So does an entire generation.

July 1, 2022 • Two teenagers bonded over high school Model United Nations. A decade later, one is in self-exile. The other waits for her and their other friends to return to the Hong Kong they once knew. 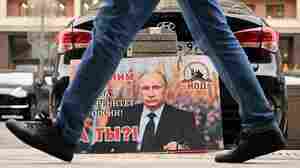 A placard featuring an image of Russian President Vladimir Putin and reading "We are with him for the sovereignty of Russia! And you?" is seen left in front of the Russian State Duma building in central Moscow on Feb. 24. Kirill Kudryavtsev/AFP via Getty Images hide caption

Are sanctions actually hurting Russia's economy? Here's what you need to know

July 1, 2022 • Russia's economy is weathering sanctions over the war in Ukraine, but tough times may be ahead, according to an assessment from experts.

Are sanctions actually hurting Russia's economy? Here's what you need to know 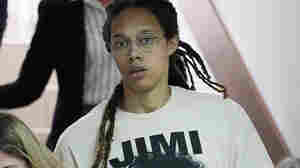 WNBA star and two-time Olympic gold medalist Brittney Griner is escorted to a courtroom for a hearing in Khimki just outside Moscow, as her trial begins on Friday. Alexander Zemlianichenko/AP hide caption

July 1, 2022 • Griner, 31, is "a bit worried" because of the trial and the potential of a prison sentence, he lawyer tells NPR, "but she's a tough lady and I think she will manage." 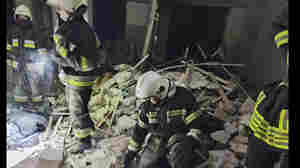 July 1, 2022 • Video of the pre-dawn attack showed the charred remains of buildings in the Ukrainian port city. 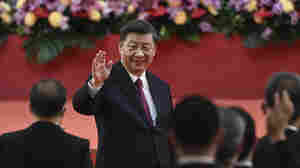 China's President Xi Jinping waves following his speech after a ceremony to inaugurate the city's new government in Hong Kong Friday, July 1, 2022, on the 25th anniversary of the city's handover from Britain to China. Selim Chtayti/AP hide caption

July 1, 2022 • China's president says the "one country, two systems" framework is working — even as recent changes have all but eliminated dissenting voices in the territory. 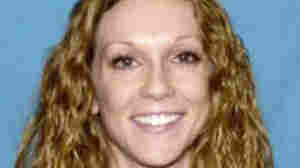 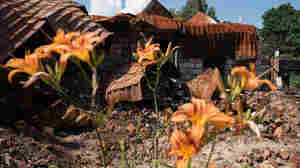 A destroyed building next to flowers on Thursday in Borodianka, Ukraine. The region around Ukraine's capital continues to recover from Russia's aborted assault on Kyiv, which turned many communities into battlefields. Alexey Furman/Getty Images hide caption

June 30, 2022 • A roundup of key developments and the latest in-depth coverage of Russia's invasion of Ukraine. 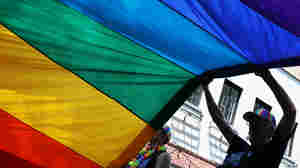 June 30, 2022 • While the last few decades have shown major progress when it comes to LGBTQ+ rights globally, queer people have had to continue to fight for them. 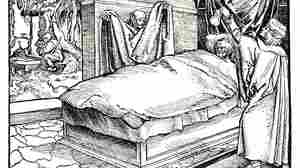 A woodcut from the 15th century depicts a scene from the Black Death plague, which killed an estimated 50 million people in Europe and the Mediterranean between 1346 and 1353. Scientists say they may have found the origin of this deadly disease. Pictures from History/Universal Images Group /Getty Images hide caption

Scientists say they've solved a 700-year-old mystery: Where and when Black Death began

June 30, 2022 • For centuries, scientists and historians have wondered where the Black Death — the deadliest pandemic in recorded history — came from. New research sheds light on the ancient disease. 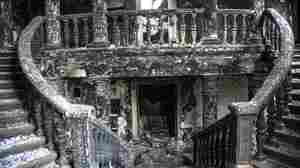 Debris covers the inside of the drama theater in April following a March 16 bombing in Mariupol, Ukraine, in an area now controlled by Russian forces. Alexei Alexandrov/AP hide caption

June 30, 2022 • Hundreds of civilians were sheltering in the drama theater during the March siege of Mariupol, the southern Ukrainian port city that Russian troops destroyed and now occupy. 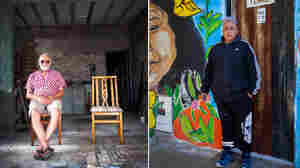