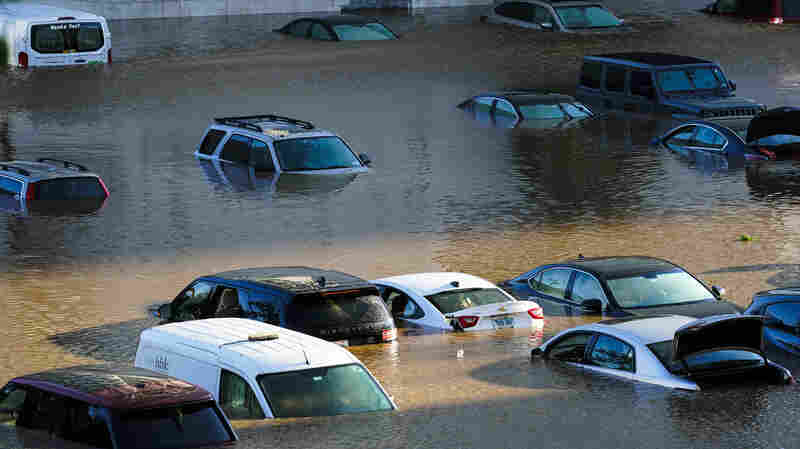 In 2021, Hurricane Ida cut a path of destruction from the Gulf Coast to the Northeast. Vehicles parked in Philadelphia were submerged after the storm brought torrential rain. Matt Rourke/AP hide caption

Get ready for another destructive Atlantic hurricane season

May 24, 2022 • Federal forecasters expect more hurricanes than usual this year. Climate change is driving larger, more destructive storms. This is the seventh year in a row with an above-average forecast.

Get ready for another destructive Atlantic hurricane season 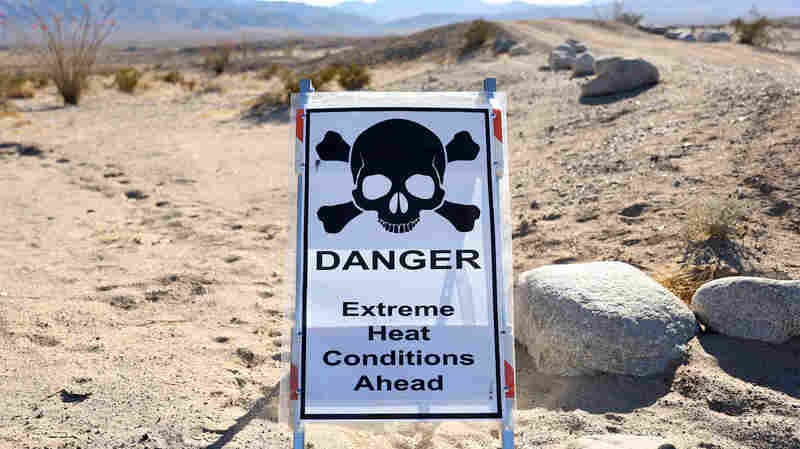 Hot weather could be getting in the way of good sleep, a new study finds

May 23, 2022 • Scientists analyzed the correlation between sleep activity and hot nighttime temperatures. A lack of sleep is a risk factor for physical and mental health problems. 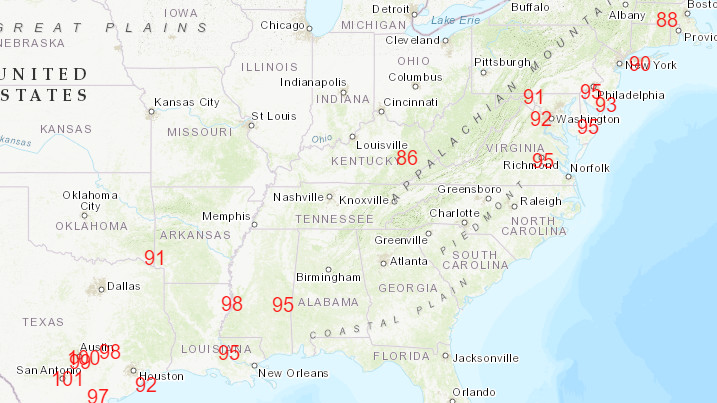 Unusually high temperatures in the South and Northeast U.S. on Saturday broke records marked on the same day in prior years. National Weather Service hide caption

May 22, 2022 • Many cities throughout the country, including in Massachusetts and Virginia, set new daily heat records on Saturday and Sunday.

What journalists need to know when covering climate change 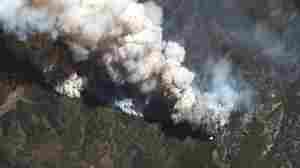 This satellite image shows the active fire lines of the Hermits Peak wildfire, in Las Vegas on May 11, 2022. Maxar Technologies/AP hide caption

US forest chief calls for a pause on prescribed fire operations

May 20, 2022 • The U.S. Forest Service has been facing much criticism for the prescribed fire in New Mexico that escaped its containment lines and joined with another blaze. 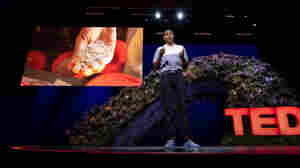 Ermias Kebreab: What do seaweed and cow burps have to do with climate change?

May 20, 2022 • Each year, one cow can belch 220 pounds of the greenhouse gas methane. Animal scientist Ermias Kebreab experimented with alternative cow diets and found a surprising solution: seaweed.

Ermias Kebreab: What do seaweed and cow burps have to do with climate change? 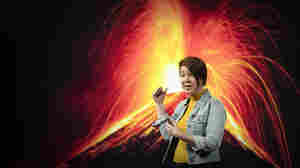 Jamie Beard: How can we tap into the vast power of geothermal energy?

May 20, 2022 • Geothermal energy is a clean, renewable, nearly limitless energy source. Technologist Jamie Beard wants us to use more of it — and to do that, she's recruiting experts from the fossil fuel industry.

Jamie Beard: How can we tap into the vast power of geothermal energy? 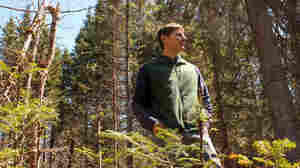 May 18, 2022 • Foresters responding to climate change are experimenting with planting trees in Vermont that typically are found further south. They hope the trees will survive hotter and drier conditions to come. 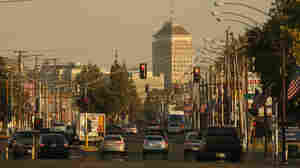 Traffic on a hazy evening in Fresno, Calif. A new study estimates that about 50,000 lives could be saved each year if the U.S. eliminated small particles of pollution that are released from the tailpipes of cars and trucks, among other sources. Gary Kazanjian/AP hide caption

May 17, 2022 • Burning oil, coal and other fossil fuels releases plumes of tiny, dangerous particles. A new study estimates that eliminating that pollution would save about 50,000 lives in the U.S. each year. 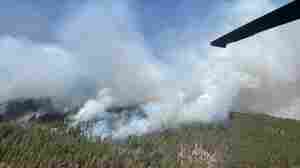 The wildfires burning in the Southwest are bad but 'not unprecedented'

May 16, 2022 • Experts say the Southwestern U.S. is drier than it's been in some 1,200 years, which is one of, but not the only, drivers of the large infernos burning in New Mexico. 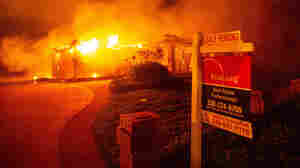 Wildfires are causing billions in damage every year and yet many homebuyers have little idea whether their house is at risk. Josh Edelson/AFP via Getty Images hide caption

Is your house at risk of a wildfire? This online tool could tell you

May 16, 2022 • Many people move without realizing the danger that wildfires pose to their new home. A new risk rating system could help buyers learn more on real estate sites.

Is your house at risk of a wildfire? This online tool could tell you 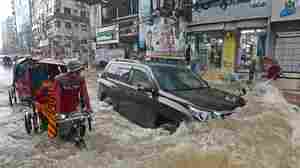 Commuters make their way through a water-logged street after a heavy downpour in Dhaka. Bangladesh is one of many countries struggling to protect residents from the effects of climate change. Munir Uz Zaman/AFP via Getty Images hide caption

The U.S. pledged billions to fight climate change. Then came the Ukraine war

May 14, 2022 • The U.S. promised to slash its emissions and send tens of billions of dollars to low-lying and less well-off nations. The war in Ukraine is delaying that even as the toll from climate change rises.

The U.S. pledged billions to fight climate change. Then came the Ukraine war 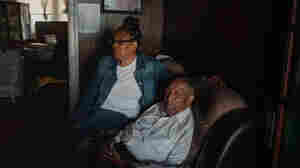 A low-income energy-efficiency program gets $3.5B boost, but leaves out many in need

May 13, 2022 • The Infrastructure Investment and Jobs Act adds the funds over the next five years to help Americans save on energy their bills. But many of homes are in such poor condition they do not qualify.

A low-income energy-efficiency program gets $3.5B boost, but leaves out many in need 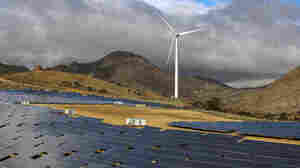 Solar and wind power projects have been booming in California, like the Pine Tree Wind Farm and Solar Power Plant in the Tehachapi Mountains, but that doesn't mean fossil fuels are fading away quickly. Irfan Khan/Los Angeles Times via Getty Imag hide caption

California just ran on 100% renewable energy, but fossil fuels aren't fading away yet

May 13, 2022 • California broke its record for renewable energy when solar and wind provided enough to meet all consumer demand. At the time, natural gas power plants were still on, a necessity for the grid.

California just ran on 100% renewable energy, but fossil fuels aren't fading away yet 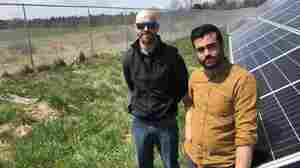 Adam Farkes and Leo Azevedo of BNRG at a solar energy project in Augusta, Maine. A bigger project planned on the far side of the fence is on hold because of a federal trade investigation. Fred Bever/Maine Public hide caption

Solar projects are on hold as U.S. investigates whether China is skirting trade rules

May 11, 2022 • A federal investigation of allegations that China is illegally avoiding duties on solar panels sold to U.S. companies is putting the brakes on the nation's solar power build-out.

Solar projects are on hold as U.S. investigates whether China is skirting trade rules 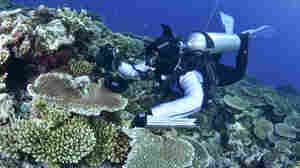 May 11, 2022 • Australian scientists confirm the mass bleaching, yet are hopeful the world's largest coral reef ecosystem can recover. A Climate Time Capsule (Part 1): The Start of the International Climate Change Fight

May 11, 2022 • In 1992, diplomats and scientists at the United Nations negotiated the first-ever treaty intended to tackle the scientific phenomenon now known as climate change. This brought the issue to the forefront and led to a series of conferences that would occur almost every year for the next 30 years.

A Climate Time Capsule (Part 1): The Start of the International Climate Change Fight 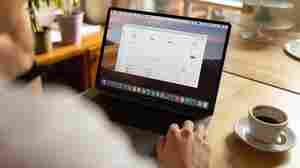 May 10, 2022 • Companies might have thought a silver lining from the pandemic was that remote work was slashing emissions. They're thinking again. A man and a boy walk across the almost dried up bed of river Yamuna following hot weather in New Delhi, India, May 2, 2022. Manish Swarup/AP hide caption

May 10, 2022 • The latest estimate from various forecast centers around the world say the planet is approaching a warming threshold international agreements are trying to prevent. 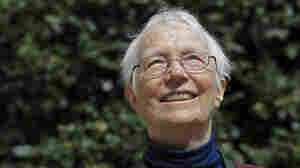 Cynthia Rosenzweig has been named the 2022 World Food Prize Laureate for her work to determine the impact of climate change on worldwide food production. Yana Paskova/for NPR hide caption

May 5, 2022 • The 2022 honoree is Cynthia Rosenzweig, whose computer modeling shows the impact on global crops. She talks about her "aha" moment, a big surprise in her findings and her plans for the $250,000 prize. 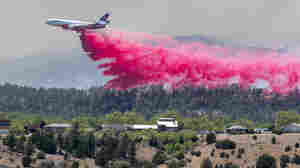 A slurry bomber dumps the fire retardant between the Calf Canyon/Hermit Peak Fire and homes on the westside of Las Vegas, N.M., Tuesday, May 3, 2022. Eddie Moore/AP hide caption

May 5, 2022 • The declaration releases emergency funds to recovery efforts in three counties in northeastern New Mexico. 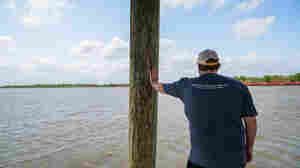 Lake Charles native James Hiatt looks out across the Devil's Elbow - an off-shoot of the Calcasieu River -toward what could soon be the site of one of nine liquefied natural gas export terminals planned in southwest Louisiana. Halle Parker/WWNO hide caption

The U.S. may soon export more gas to the EU, but that will complicate climate goals

May 4, 2022 • To help wean Europe off Russian gas, the Biden administration wants to increase U.S. natural gas exports. But critics say that's at odds with the president's climate and environmental justice goals.

The U.S. may soon export more gas to the EU, but that will complicate climate goals People rest in the shade of a tree on a hot summer afternoon in Lucknow in the central Indian state of Uttar Pradesh, on Thursday. Severe heat wave conditions are sweeping north and western parts of India. Rajesh Kumar Singh/AP hide caption

May 3, 2022 • Some schools have closed early for summer. More than a billion people are in danger of heatstroke. Summer's early arrival in South Asia also threatens global grain supplies. 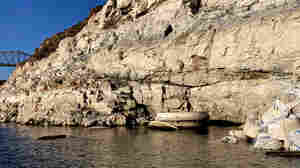 This photo taken on April 25 shows the top of Lake Mead drinking water Intake No. 1 above the surface level of the Colorado River reservoir behind Hoover Dam. The intake is the uppermost of three in the deep, drought-stricken lake that provides Las Vegas with 90% of its drinking water supply. Southern Nevada Water Authority via AP/AP hide caption

May 2, 2022 • Police predict that as the water level drops because of drought, more bodies will be found. 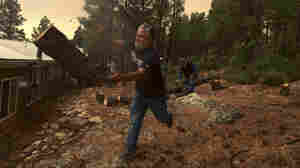 Chris Castillo throws a freshly cut log as he and his cousins clear a wireline along a family member's home in Las Vegas, N.M., on Monday. Wind-whipped flames are marching across more of New Mexico's tinder-dry mountainsides, forcing the evacuation of area residents. Cedar Attanasio/AP hide caption

As a wildfire closes in, New Mexico residents prepare to flee

May 2, 2022 • Firefighting crews were battling to keep the fire in northern New Mexico, the largest fire burning in the U.S., from making another run across the state's drought-parched landscape.