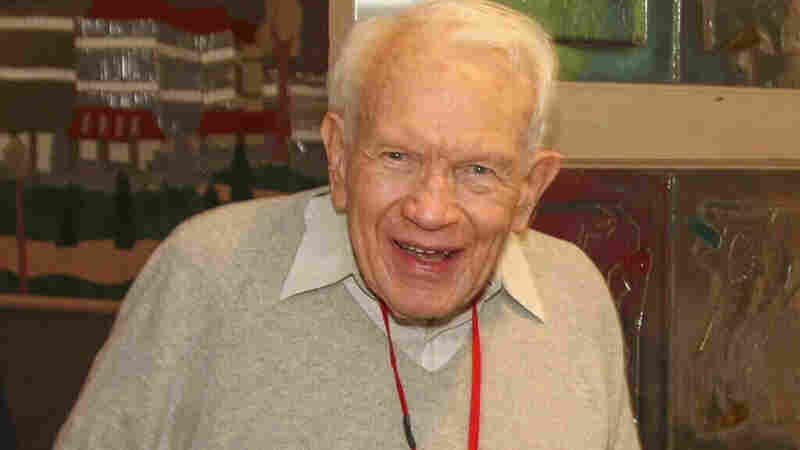 This photo provided by Just Born shows Ira "Bob" Born. Born, a candy company executive known as the "Father of Peeps" for mechanizing the process to make the marshmallow chicks, died Sunday. He was 98. Just Born via AP hide caption

Bob Born, the 'Father of Peeps' and Hot Tamale candies, has died

January 31, 2023 • Born, a candy company executive known as the "Father of Peeps" for mechanizing the process to make marshmallow chicks, has died. He was 98. 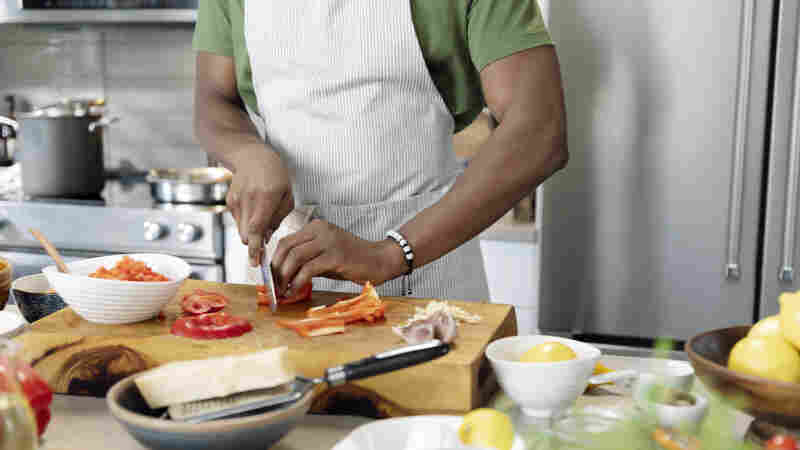 A meal prep influencer shares 6 of his favorite cooking hacks

January 31, 2023 • What's for dinner? It's a question that can lead to overspending on delivery, unhealthy meals and dread. FitMenCook founder Kevin Curry shares meal prep techniques that can alleviate stress and save money.

A meal prep influencer shares 6 of his favorite cooking hacks 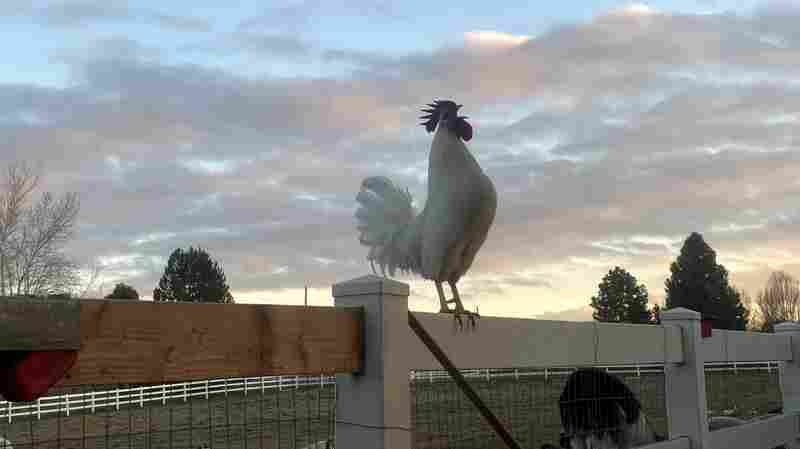 A rooster crows in a new day at Back Forty Farms in Nampa, Idaho. The rising price of eggs as well as shortages in some areas have created enormous demand for Back Forty's freeze dried eggs. Back Forty Farms hide caption

January 26, 2023 • Eggs have roughly tripled in price in the last few years. Now a raft of competitors are hoping to lure Americans away from their beloved breakfast food. 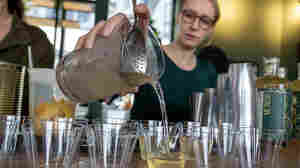 This drinks festival doesn't have alcohol. That's why hundreds of people came

January 26, 2023 • One of the hottest tickets in Washington, D.C., was to a festival that was all about drinking and having fun — but not about booze.

This drinks festival doesn't have alcohol. That's why hundreds of people came 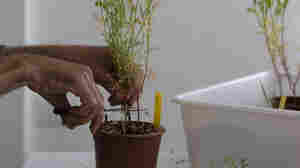 ICARDA lab employee Bilal Inaty cuts a lentil plant in order to test it for various diseases at the ICARDA research station in the village of Terbol in Lebanon's Bekaa valley, on Dec. 21, 2022. Dalia Khamissy for NPR hide caption

January 25, 2023 • Some of the tens of thousands of seeds stored at a facility in Lebanon's Bekaa Valley may hold keys to helping the planet's food supply adapt to climate change. Many seeds were saved from Syria's war. 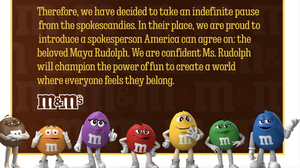 M&M's pause of its spokescandies comes after a right-wing backlash to changes in the Green and Brown M&Ms and the addition of the Purple M&M. Twitter/Screenshot by NPR hide caption

January 24, 2023 • The Fox News host attacked the minor brand changes as "woke" and declared that M&M's wouldn't stop until "you're totally turned off." Maya Rudolph will replace the cartoons as M&M's spokeswoman. 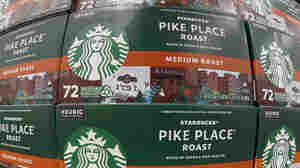 A display of Starbucks coffee pods at a Costco Warehouse in Pennsylvania. A recent article says using coffee pods might be better for the climate, but the science is far from settled. (AP Photo/Gene J. Puskar) Gene J. Puskar/AP hide caption

Yeah, actually, your plastic coffee pod may not be great for the climate

January 21, 2023 • Across social media, headlines this week said that single use coffee pods may be more climate friendly than other ways of making coffee. That may not be the case, based on the science.

Yeah, actually, your plastic coffee pod may not be great for the climate 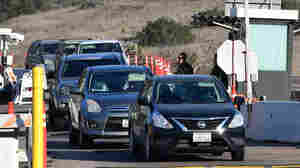 As prices soar, border officials are seeing a spike in egg smuggling from Mexico

January 21, 2023 • U.S. egg prices have climbed 60% in the past year, making it tempting to bring eggs over from Mexico, where prices are lower. But those who try to smuggle them risk thousands of dollars in fines. 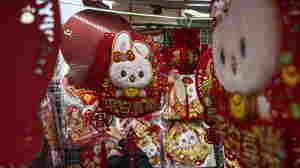 Decorations for Lunar New Year are on display at a shop in Hong Kong. Celebrations start this weekend as millions welcome the year of the rabbit. Vernon Yuen/NurPhoto via Getty Images hide caption

January 20, 2023 • As millions around the world get ready to welcome the year of the rabbit, we spoke with chefs, cooks and bakers about what dishes they're putting on their tables and what they mean to each of them. 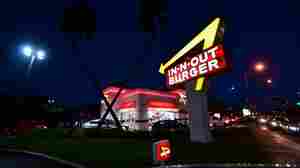 In-N-Out brings 'animal style' to Tennessee with plans to expand further in the U.S.

January 10, 2023 • The iconic burger joint is "double-doubling" down on its business and opening new restaurants in and around Nashville, its first expansion east of Texas. 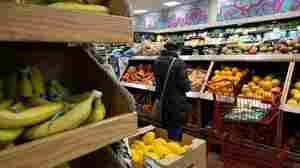 There are steps you can take to reduce food waste while prepping, shopping and cooking. Yuki Iwamura/AFP via Getty Images hide caption

Food waste is a big problem. These small changes can help

January 10, 2023 • Over one-third of the food produced in the U.S. goes uneaten, harming people's wallets and the climate. Here are some steps you can take in your supermarket and kitchen to cut back on waste.

Food waste is a big problem. These small changes can help 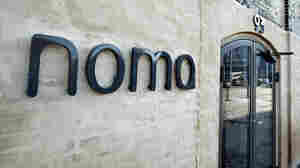 The innovative Danish restaurant Noma, which has reclaimed the title of world's top restaurant several times, said that it will shut down and become "a pioneering test kitchen dedicated to the work of food innovation and the development of new flavors." Dresling Jens/AP hide caption

January 9, 2023 • Chef Rene Redzepi's house of Nordic gastronomy will close by the winter of 2024 and re-emerge as Noma 3.0, the Copenhagen eatery said on its webpage. 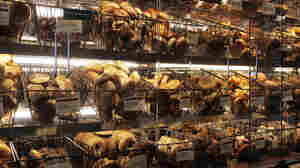 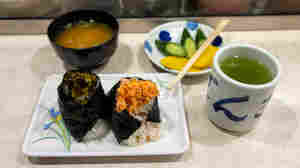 January 5, 2023 • Onigiri Bongo has served the humble onigiri, or rice ball, for 60 years. The current owner is the widow of the original owner, whom she married after discovering the restaurant as a newcomer to Tokyo. 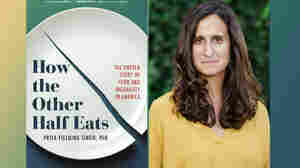 Revisiting 'How The Other Half Eats'

January 4, 2023 • How do race and class affect the way we eat? What does it mean to "eat like a white person?" And if food inequality isn't about "food deserts," what is it really about? We're getting into all those questions and more with Priya Fielding-Singh, author of the book, How the Other Half Eats.

Revisiting 'How The Other Half Eats' 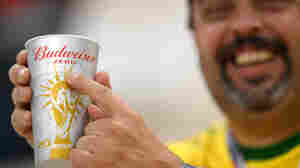 A Brazil fan points to "zero" on the Budweiser cup prior to the FIFA World Cup Qatar 2022 Group G match between Brazil and Serbia at Lusail Stadium in Lusail City, Qatar. Justin Setterfield/Getty Images hide caption

A golden age for nonalcoholic beers, wines and spirits

January 3, 2023 • There are many more drinking options this Dry January if you like the taste of alcoholic drinks but don't like the effects of alcohol. 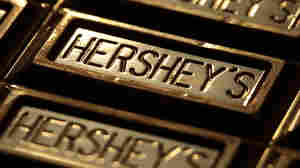 Hershey's chocolate is shown in Overland Park, Kan., on July 25, 2011. The Hershey Co. is being sued for allegedly failing to disclose the presence of heavy metals in its dark chocolate bars. Charlie Riedel/AP hide caption

December 30, 2022 • The lawsuit comes after Consumer Reports sounded the alarm about dangerous heavy metals in dark chocolate bars from manufactures like Lindt, Ghirardelli and Hershey's. 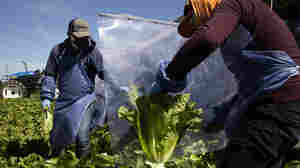 Farm laborers working with an H-2A visa harvest romaine lettuce on a machine with heavy plastic dividers that separate workers from each other on April 27, 2020, in Greenfield, Calif. Brent Stirton/Getty Images hide caption

December 28, 2022 • A legalization path for farmworkers failed to pass this month and faces an even steeper climb in a Republican-controlled House in the next Congress. 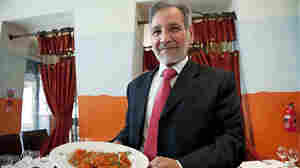 Ahmed Aslam Ali, the owner of the Shish Mahal restaurant in Glasgow, Scotland, is pictured with a plate of chicken tikka masala in his restaurant, on July 29, 2009. Andy Buchanan/AFP via Getty Images hide caption

Who created chicken tikka masala? The death of a curry king is reviving a debate

December 23, 2022 • A Pakistani immigrant in Glasgow claimed he invented the beloved takeout dish with some spices and a can of tomato soup. His death has revived a long debate about who really can lay claim to the food.

Who created chicken tikka masala? The death of a curry king is reviving a debate 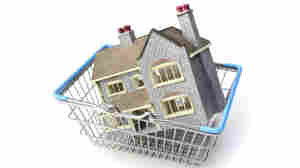 December 22, 2022 • Boy, have we talked a lot about inflation. It affected every part of our lives (and the economy) in 2022. Here are some of its highest highs and lowest lows. (It wasn't all bad news!) 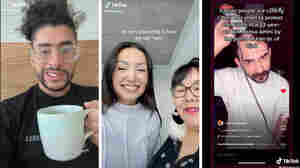 Three TikTok phenomena of 2022: the pop star Bad Bunny; an Inuit mother and daughter who teach how to say yes with your eyebrows; and one of the Iranians who cut their hair in solidarity with 22-year-old Mahsa Amini, who died in custody after being detained by Iran's morality police for allegedly wearing her hijab inappropriately. tiktok.com/Screenshots by NPR hide caption

December 19, 2022 • TikTok is more than just goofy dances and challenges. Here are some of the most widely viewed — and engaging — global TikToks of the year. 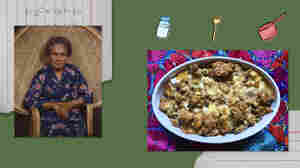 Left: A photo of Grandmother Petra. Right: A dish of capirotada sits on a colorful tablecloth. Juanita MORE!/Collage by NPR hide caption

December 18, 2022 • Sweet and savory capirotada was an expression of Grandmother Petra's love for her family, especially at Christmastime. She never wrote it down, so her grandchild had to re-create it from memory. 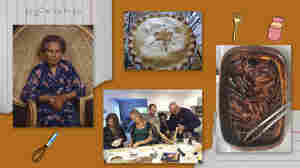 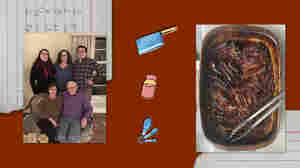 The one where friends offended seven Jewish grandmothers with their brisket

December 18, 2022 • Instead of picking one brisket recipe for a Rosh Hashanah meal, these college roommates combined their grandmothers' recipes into one. It did not go exactly as planned.