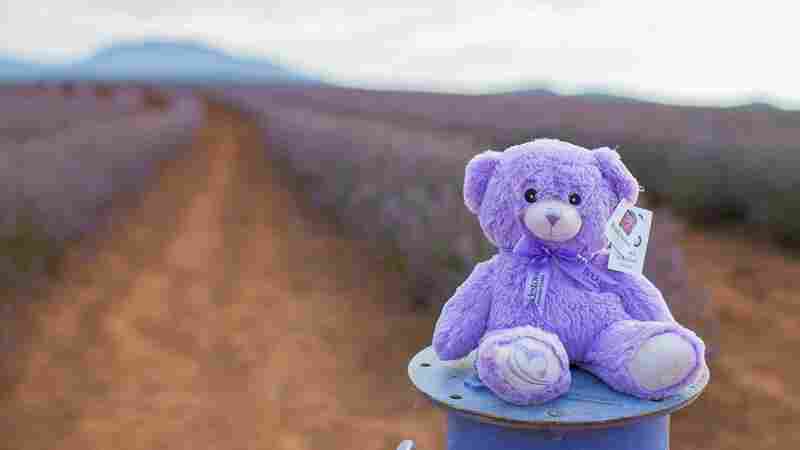 Bridestowe is a lavender farm on the island of Tasmania in Australia. It became a popular destination for some Chinese tourists after a Chinese model posted a photo of herself with a Bridestowe lavender bear on social media. Bridestowe Estate hide caption

The return of Chinese tourism?

January 31, 2023 • Chinese citizens are once again allowed to travel internationally and the global tourism industry is ready to welcome them with open arms. Why? Chinese tourism has meant big money in the past. In 2019, Chinese travelers spent a fifth of all tourist dollars. But a full rebound in Chinese tourism might be a ways off.

The return of Chinese tourism? 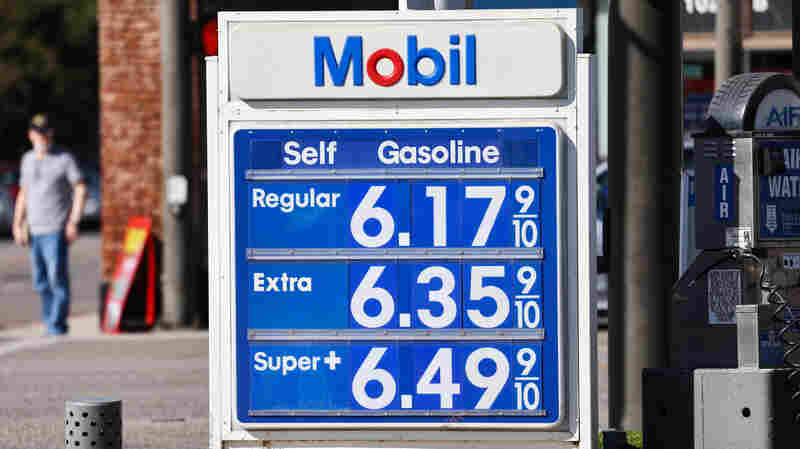 January 31, 2023 • Exxon earned nearly $56 billion in profit last year, the biggest annual profit any Western oil company has ever seen. Chevron set its own record with $35 billion in profit. 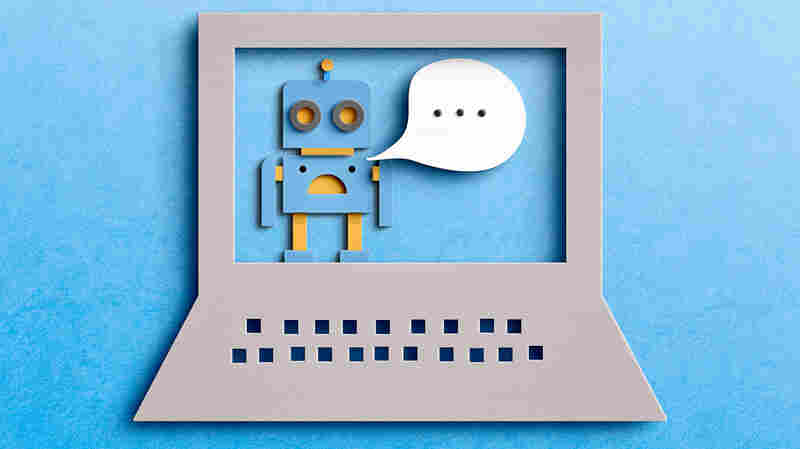 The EEOC is turning its attention to the use of AI and other advanced technologies in hiring. Carol Yepes/Getty Images hide caption

AI can lead to employment discrimination. What to do about it is up for debate

January 31, 2023 • The U.S. Equal Employment Opportunity Commission says artificial intelligence-based hiring tools may be creating discriminatory barriers to jobs. The agency is seeking input on how to prevent harm. 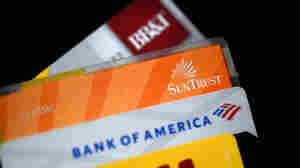 Credit card balances were up last year, and interest rates have gone up, too. That can weigh on your finances in the event of a recession. OLIVIER DOULIERY/AFP via Getty Images hide caption

January 31, 2023 • Signs of a forthcoming recession seem to be everywhere: from grocery stores, where food prices are soaring, to Fortune 500 companies, where workers are being let go by the thousand. 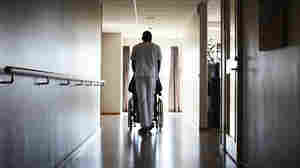 New York state records show nearly half the state's 600-plus nursing homes hired real estate, management and staffing companies run or controlled by their owners, frequently paying them well above the cost of services. Meanwhile, in the pandemic's height, the federal government was giving the facilities hundreds of millions in fiscal relief. Maskot/Getty Images hide caption

January 31, 2023 • As the U.S. government debates whether to require higher staffing levels at nursing homes, financial records show some owners routinely push profits to sister companies while residents are neglected. 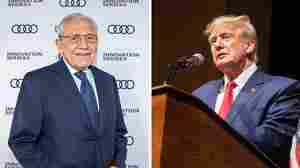 January 31, 2023 • The former president has made good on his threat to sue the Washington Post reporter over his use of interview recordings. The lawsuit seeks nearly $50 million in damages. 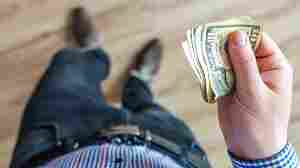 How the pandemic changed the rules of personal finance 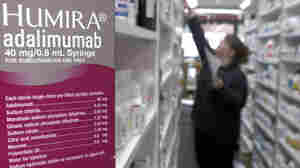 Humira, the injectable biologic treatment for rheumatoid arthritis, now faces its first competition from one of several copycat "biosimilar" drugs expected to come to market this year. Some patients spend $70,000 a year on Humira. JB Reed/Bloomberg via Getty Images hide caption

January 31, 2023 • U.S. doctors can now choose Amjevita instead, the first of several close copies of the popular rheumatoid arthritis drug expected this year. But industry-watchers warn consumer savings may be limited. 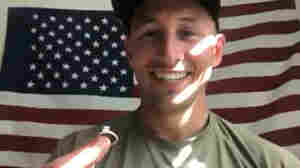 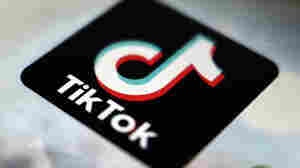 The TikTok app logo is pictured in Tokyo, Sept. 28, 2020. University of Wisconsin System officials said Tuesday, Jan. 24, 2023, that they will restrict the use of TikTok on system devices. Kiichiro Sato/AP hide caption

January 31, 2023 • TikTok has been under scrutiny in recent years about its privacy and security practices and its effect on young people's mental health. Various bans of the app have been enacted across the country. 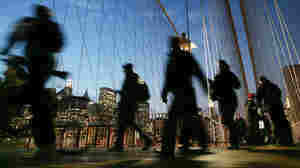 While the world's population continues to grow overall, the rate of growth has slowed down. Mario Tama/Getty Images NA hide caption

January 30, 2023 • While some countries are seeing their populations decline and grow older, others are growing fast. That has economic implications. Could migration help? 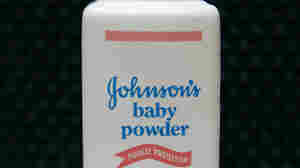 January 30, 2023 • A U.S. appeals court has dismissed the bankruptcy case filed by a Johnson & Johnson spinoff company. Around 40,000 cancer patients have filed suit, alleging the powder was contaminated with asbestos. 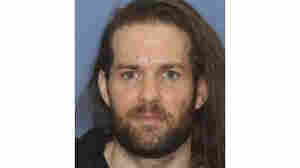 A man accused of torturing women is using dating apps to look for victims, police say

January 30, 2023 • Authorities are looking for Benjamin Obadiah Foster, who they accuse of kidnapping and assaulting a woman in Oregon — years after he was charged with holding his then-girlfriend captive in Las Vegas. 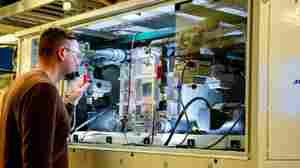 January 30, 2023 • The Department of Energy allowed a taxpayer-funded breakthrough in batteries to transfer overseas with little oversight A delivery rider picks up his customers' online order as residents line up outside a store to buy Lunar New Year desserts in Beijing, Jan. 17. China's economic growth fell to its second-lowest level in at least four decades last year under pressure from anti-virus controls and a real estate slump. Andy Wong/AP hide caption

With COVID lockdowns lifted, China says it's back in business. But it's not so easy

January 30, 2023 • China has been trying to woo back foreign investors and businesses after nearly three years of self-imposed isolation, but a quick economic recovery will also hinge on domestic consumption.

With COVID lockdowns lifted, China says it's back in business. But it's not so easy 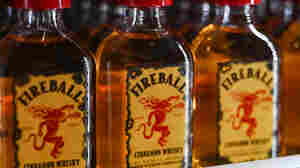 Indicators of the Week: tips, eggs and whisky

January 27, 2023 • Tips, eggs and whisky...it's a food edition of Indicators of the Week! We talk egg-spensive food costs and why at least one whisky drinker is upset with the maker of Fireball.

Indicators of the Week: tips, eggs and whisky 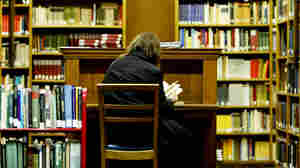 To all the econ papers I've loved before

January 27, 2023 • A great economics paper does two things. It takes on a big question, and it finds a smart way to answer that question.

To all the econ papers I've loved before 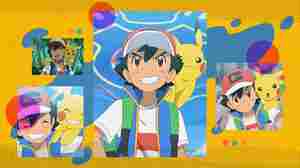 Saying goodbye to Pikachu and Ash, plus how Pokémon changed media forever

January 27, 2023 • It's the end of an era. After more than 25 years, The Pokémon Company is closing the book on the adventures of Ash Ketchum and Pikachu. To celebrate the cultural impact of this dynamic duo – and of the Pokémon franchise – Brittany Luse sits down with actor Sarah Natochenny, who's voiced Ash since 2006. Sarah talks about growing up with a character who stays 10 years old, and how fans have been the lifeblood of the show. Then, Brittany sits down with Dexter Thomas, VICE News correspondent and Japanese culture critic, and Daniel Dockery, author of Monster Kids: How Pokémon Taught a Generation to Catch Them All. They explore how Pokémon transformed gaming and children's TV in the U.S. and became one of the biggest media franchises in the world.

Saying goodbye to Pikachu and Ash, plus how Pokémon changed media forever 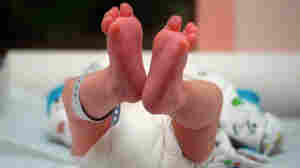 Migration could prevent a looming population crisis. But there are catches

January 27, 2023 • "Population decline" is a mild way to describe what could be a global demographic crisis, according to experts. But while migration may be the obvious solution, politics could get in the way.

Migration could prevent a looming population crisis. But there are catches 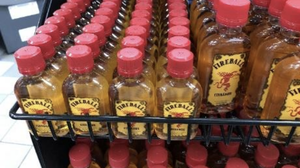 Smaller bottles of Fireball do not contain whiskey, but a blend of malt beverage, wine and additional flavors and colors. Customers are suing the company for fraud, alleging the packaging is misleading. U.S. District Court for the Northern District of Illinois hide caption

There's no whiskey in mini bottles of Fireball, so customers are suing for fraud

January 27, 2023 • Customers began wondering why small bottles of Fireball were being sold in places that typically don't sell liquor in many states, such as gas stations and grocery stores. 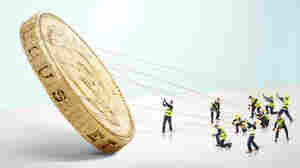 What's the deal with the platinum coin?

What's the deal with the platinum coin?