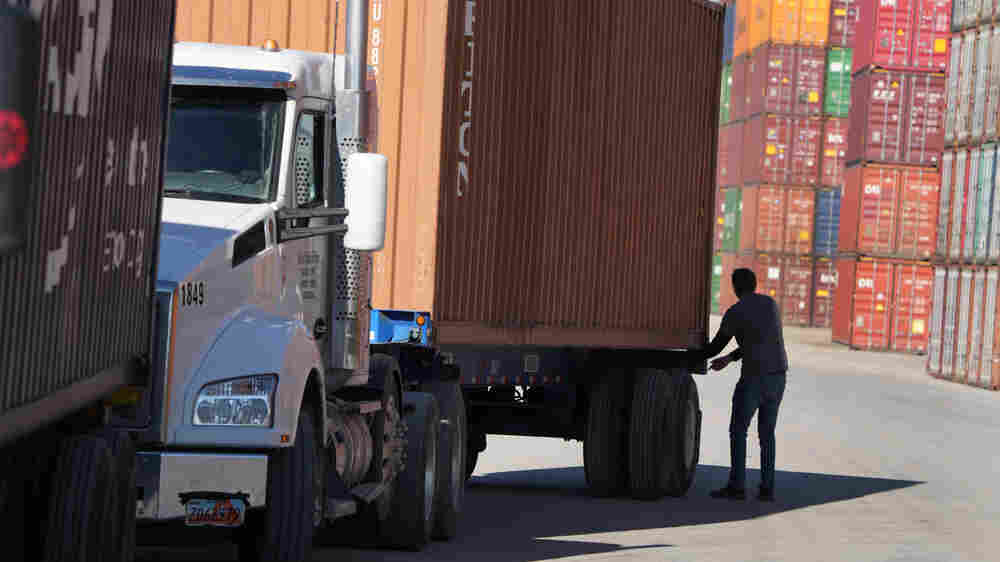 December 3, 2021 • Today's jobs report found that workers received a small raise last month. And, yes, higher pay is great for attracting workers and boosting morale, but sometimes it can even pay for itself. 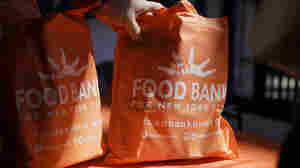 December 2, 2021 • After a tumultuous 2020, we welcomed the new year by picking three indicators to watch for economic recovery. As 2021 wraps up, we revisit those indicators to see how they've fared. Our old friend Cardiff Garcia returns for this walk down indicator memory lane. 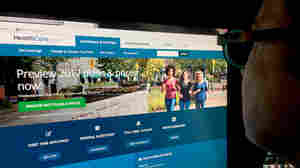 December 1, 2021 • If you Google "Obamacare signup," good luck finding healthcare.gov. It'll be buried under several ads trying to lure you to something less healthy. Today's show looks at a classic bait and switch. 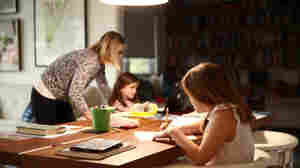 Women, career and family: A conversation with Claudia Goldin

November 30, 2021 • Caregiving responsibilities for women have drastically increased since the start of the pandemic. And with new demands at home and at work, many women have struggled to find a balance between work and family. On today's show, economist Claudia Goldin joins us to talk about that and other issues in her new book, "Career and Family: Women's Century Long Journey Towards Equity."

Women, career and family: A conversation with Claudia Goldin 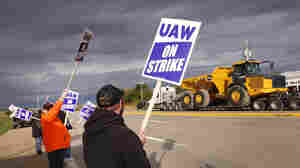 The rise and fall (and rise?) of organized labor

November 29, 2021 • In the wake of the "great resignation", organized labor may be having a moment in the U.S. Tens of thousands of workers have protested working conditions at companies like John Deere and Kellogg's and, in recent months, workers across the country have chosen or threatened strike action. Today on the show, author Erik Loomis shares how the history of America's unions explains today's labor movement.

The rise and fall (and rise?) of organized labor 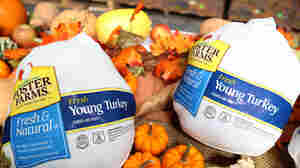 Indicators-giving! How much does Thanksgiving cost this year?

November 24, 2021 • How much will Thanksgiving dinner cost compared to last year? Today on the show, the Indicator team gathers around the virtual Thanksgiving table to let you know how much prices have changed for each holiday favorite.

Indicators-giving! How Much Does Thanksgiving Cost This Year? 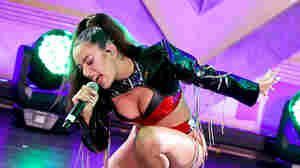 November 23, 2021 • Ticket scalpers. They're the bane of every fan's existence because they manage to snag concert tickets before fans can even get their webpages to load. An economist would tell you the story is more complicated than that. 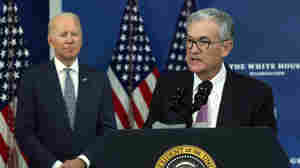 November 22, 2021 • Today President Biden reappointed Jerome Powell as chair of the Federal Reserve. So we revisit a recent episode about Jay Powell's first term and his approach to steering the economy — Jeromonomics. 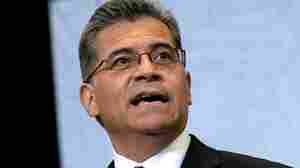 HHS Secretary Xavier Becerra says doctors who are balking at the rules of the No Surprises Act aren't looking out for patients. "I don't think when someone is overcharging that it's going to hurt the overcharger to now have to [accept] a fair price," Becerra says. The Congressional Budget Office estimates the Biden team's rules would push insurance premiums down by 0.5% to 1%. Bryan R. Smith/AFP via Getty Images hide caption

November 22, 2021 • Health and Human Services Secretary Xavier Becerra says health providers who have exploited a complicated system to charge exorbitant rates will have to bear their share of the cost — or close. 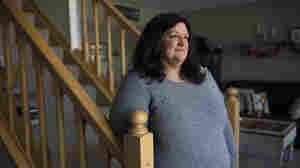 Lauren Barber stands in her home in Columbus, Ohio, on Nov. 16. Barber has been inundated with offers from investors and companies that want to buy her house. She sometimes gets called or texted more than five times a day with offers. Maddie McGarvey for NPR hide caption

Hey, I want to buy your house: Homeowners besieged by unsolicited offers

November 20, 2021 • Lots of speculators are jockeying to get in on the hot market. Sometime they call homeowners multiple times a day. It can be an invasive nuisance, or worse.

Hey, I want to buy your house: Homeowners besieged by unsolicited offers 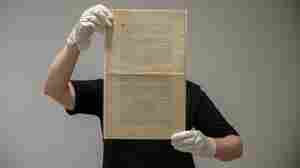 An exuberant bid for the Constitution

November 19, 2021 • It's that time again! A crypto group fails to buy an original copy of the U.S. Constitution, Crypto.com succeeds in renaming LA's Staples Center, and warnings the economy might be too exuberant.

An exuberant bid for the Constitution 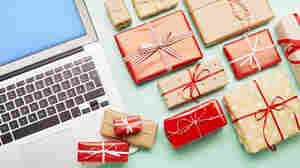 The hidden costs of holiday consumerism

November 19, 2021 • A lot of consumers are worried about supply chain delays this holiday season — but there are also other issues to watch out for when shopping. Guest host Ayesha Rascoe talks about the hidden costs of holiday consumption with The Atlantic staff writer Amanda Mull and The Washington Post retail reporter Abha Bhattarai. They discuss the potential downfalls of buy now, pay later services and where online shopping returns really go. Then, they play a game of Who Said That?

The hidden costs of holiday consumerism 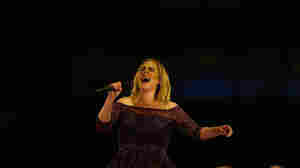 Rumor has it Adele broke the vinyl supply chain

November 18, 2021 • We're in the midst of a vinyl boom and chains like Walmart have been cashing in. But so have stars like Adele, who reportedly pressed over 500,000 records for her new album, "30." Today on the show, has Adele really clogged the fragile vinyl supply chain, or should we go easy on her?

Rumor has it Adele broke the vinyl supply chain 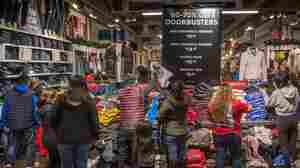 November 17, 2021 • Americans love to shop, and consumer spending has only increased since the start of the pandemic. Even the supply chains are tired. That's why one Bloomberg columnist believes it's time for an intervention. 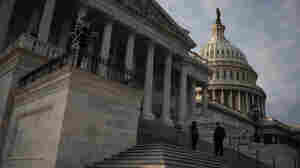 Some doctors, medical associations and members of Congress are complaining that the rule released by the Biden administration this fall for implementing the law to stop surprise medical bills actually favors insurers and doesn't follow the spirit of the legislation. Anna Moneymaker/Getty Images hide caption

November 17, 2021 • Congress passed a law last year to shield patients from surprise out-of-network medical charges. But many doctors in the House now say the way the law is to be implemented unfairly favors insurers. 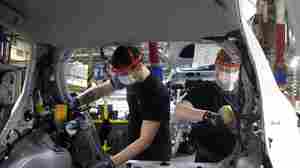 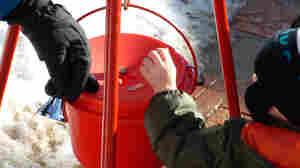 Three reasons more charities are giving people cash (And one reason not to).

November 16, 2021 • More charities are coming to the conclusion that giving cash directly to people in need is often the best way to help them.

Three reasons more charities are giving people cash (And one reason not to). 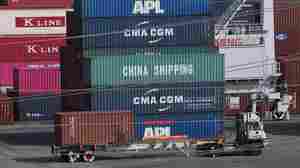 'The China Shock' and the downsides of globalization

November 15, 2021 • Trade with China made American goods cheaper and lifted millions of Chinese people out of poverty. At the same time, it devastated communities across America's heartland. What have we learned from the "China Shock"? And what can we do to prevent something like it from happening again?

'The China Shock' and the downsides of globalization 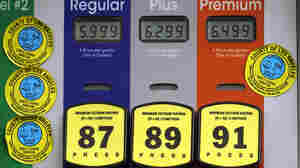 High gas prices are posted at a gas station in Beverly Hills, Calif., on Nov. 7. Gas prices are surging across the country yet there's effectively little the Biden administration can do. Damian Dovarganes/AP hide caption

Gasoline prices are surging. Can Biden actually do something about it?

November 14, 2021 • Presidents don't set the gas price you pay at the pump, but they're often blamed for it. And right now, high energy prices are helping send inflation to an over 30-year high.

Gasoline prices are surging. Can Biden actually do something about it? 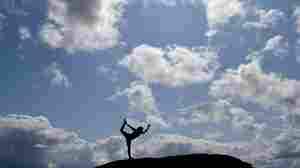 Why quitting got so cool

November 12, 2021 • This episode is all about quitters! Over 4 million people quit their jobs in September. That's a record high following another record quits rate in August. What does this trend say about America's evolving workforce, and when did so many people start saving "rest eggs?"

Why quitting got so cool 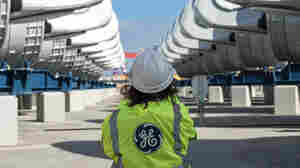 Indicators of the Week: Broadband, bonds, and break-ups

Indicators of the Week: Broadband, bonds, and break-ups 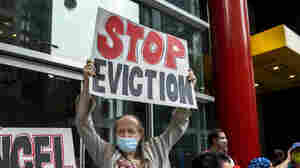 Housing advocates pushing for stronger evictions protections in New York in August, the same month the U.S. Supreme Court struck down a federal eviction moratorium from the CDC. In the wake of that decision, evictions are now rising in parts of the country that don't have any local protections. Brittainy Newman/AP hide caption

November 11, 2021 • It's not the tsunami of evictions that some experts had feared, but eviction filings are rising sharply in many cities. Meanwhile, $47 billion from Congress to help is finally reaching more renters. 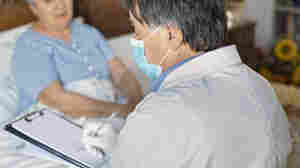 Medicare Advantage health plans have enrolled nearly 27 million members, or about 45% of people eligible for Medicare. A recent analysis finds Medicare overpaid the private health plans by more than $106 billion from 2010 through 2019 because of the way the plans charge for sicker patients. Innocenti/Image Source/Getty Images hide caption

November 11, 2021 • An alternative to original Medicare, the private plans are run mostly by major insurers. A recent analysis estimates Medicare overpaid these insurers by $106 billion from 2010 through 2019.

More from Your Money
Browse archive or search npr.org