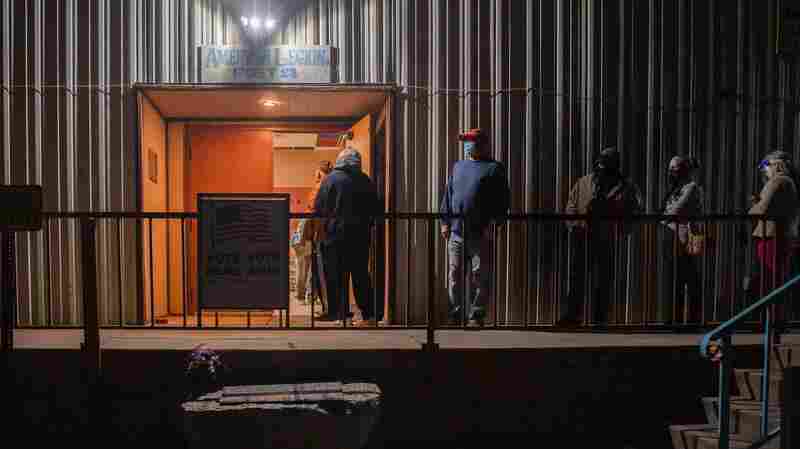 People wait in line to vote on Election Day 2020 in Tombstone, Ariz., in Cochise County. The county's Republican-led leadership has voted to delay certifying its 2022 election results, despite a state deadline on Monday. Ariana Drehsler/AFP via Getty Images hide caption

November 28, 2022 • Around 164,000 people's votes for the midterm elections are at risk after Arizona's Cochise County and Pennsylvania's Luzerne County failed to certify local results by their states' deadlines. 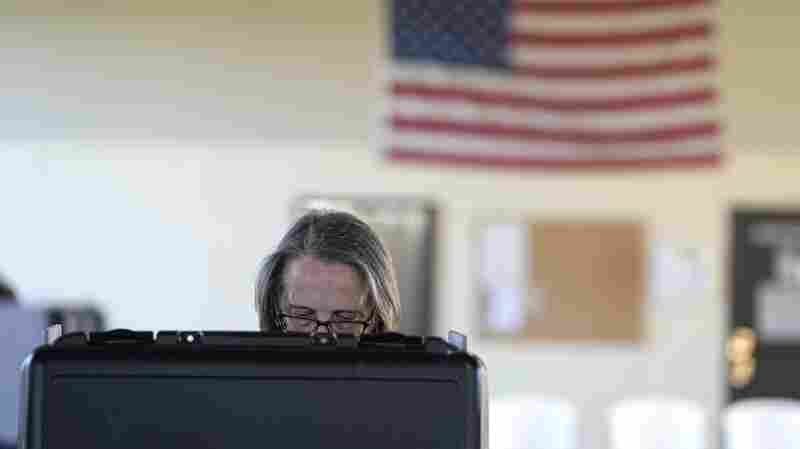 A voter cast her vote at the Lake County Fairgrounds on Nov. 8 in Crown Point, Ind. Darron Cummings/AP hide caption

Democrats made midterm gains in rural areas. Can they keep them?

November 28, 2022 • Democrats had better than expected midterm elections in 2022, partly because of their ability to draw votes from rural areas. These voters could create new battlegrounds in 2024.

Democrats made midterm gains in rural areas. Can they keep them? 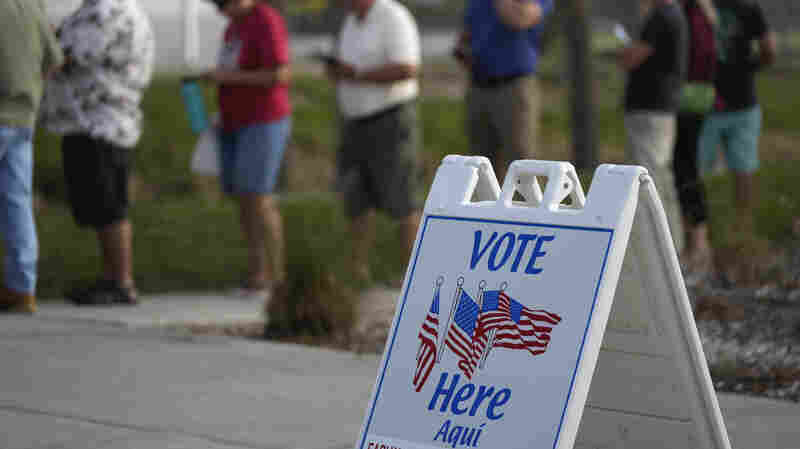 November 28, 2022 • After Republicans won big in Florida, Democrats and the groups that organize for them are reckoning with what went so red in the country's largest swing state. 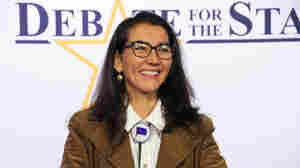 U.S. Rep. Mary Peltola smiles before a debate for Alaska's sole U.S. House seat on Oct. 26, in Anchorage, Alaska. Peltola was elected to a full term in the House on Wednesday, Nov. 23, months after the Alaska Democrat won a special election to the seat following the death earlier this year of longtime Republican Rep. Don Young. Mark Thiessen/AP hide caption 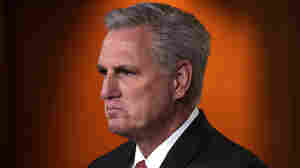 With the GOP in control of the House, here's who's likely to lead key committees

November 23, 2022 • House Republicans make up the majority in the House of Representatives for the 118th Congress. Here's a rundown of the lawmakers likely gaining power in key panels at the beginning of the new year. 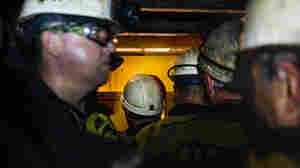 Workers wait to get off an elevator at a coal mine in eastern Ukraine. Russia's invasion of Ukraine disrupted global supplies of fossil fuels and led to more reliance on coal for electricity in some countries. Claire Harbage/NPR hide caption

November 23, 2022 • The climate meeting known as COP27 has wrapped. Representatives from almost 200 countries attended to talk about how to tackle climate change and how to pay for the costs of its effects that the world is already seeing. Rebecca Hersher and Michael Copley from NPR's Climate Desk talk with Emily about why the meeting went into overtime, three big things that came out of it, and the long and bumpy road still ahead to reduce greenhouse gas emissions. 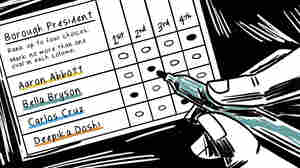 The next round of counting begins in Alaska. Here's how ranked-choice voting works 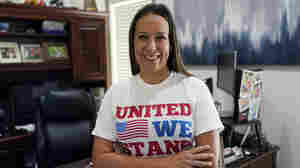 Republican Monica De La Cruz-Hernandez flipped the 15th House Congressional District in one of Texas' only remaining competitive districts. In this file photo, she talks in her office in Alamo, Texas, July 8, 2021. Eric Gay/AP hide caption 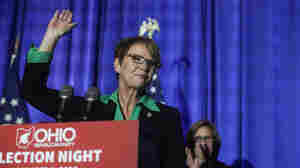 Republican state Supreme Court Justice Sharon Kennedy speaks to supporters at an election watch party at the Renaissance Hotel on Nov. 8, in Columbus, Ohio. Kennedy was reelected to the court, this time as its chief justice. Andrew Spear/Getty Images hide caption

November 22, 2022 • Republican wins in state supreme court races could not only shape abortion and voting rights, but also the balance of power in Washington. 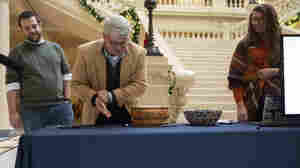 On Wednesday in Atlanta, Gabriel Sterling, chief operating officer for the Georgia secretary of state, rolls a 10-sided die as part of process to determine which batches of ballots to audit for a statewide risk limiting audit of the 2022 general election. Ben Gray/AP hide caption

November 21, 2022 • After a tumultuous two years in the spotlight, Georgia elections officials say a smooth 2022 has them hopeful for more "boring" elections. 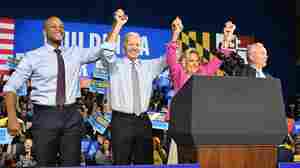 Biden, turning 80, faces an age-old question: How old is too old to be president?

November 20, 2022 • President Biden is celebrating his 80th birthday on Sunday. The oldest president to serve, he's contemplating whether to make good on his intention to run for a second term. 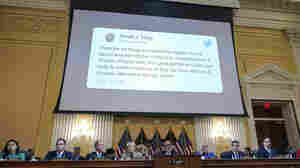 A tweet by former President Donald Trump is displayed on a screen during a hearing held by the House Jan. 6 committee on June 9. Drew Angerer/Getty Images hide caption

November 19, 2022 • Twitter has become the first mainstream social media platform to reinstate the former president, who was banned from many sites after his supporters breached the U.S. Capitol on Jan. 6, 2021. 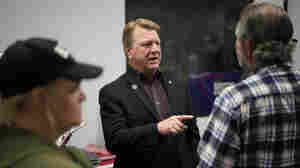 November 19, 2022 • Secretary of state candidates who deny the 2020 election results generally underperformed fellow Republicans on the ballot in a handful of competitive states. 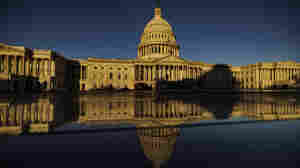 The midterm elections dust has settled in Washington. Here are 5 key takeaways 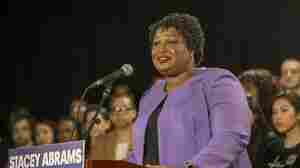 Georgia Democratic gubernatorial candidate Stacy Abrams lost the election this year by a larger margin than she did 4 years ago, leading to questions about the future of the party in the state. Associated Press hide caption

November 19, 2022 • Democrat Abrams ran for governor 4 years ago but narrowly lost to Republican Brian Kemp. This year, she lost by a larger margin. Analysts are uncertain whether it was her message or political party. 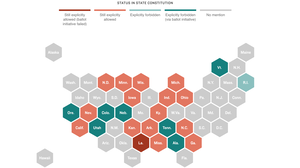 November 17, 2022 • Voters in four states — Vermont, Oregon, Alabama and Tennessee — approved antislavery ballot measures in the 2022 elections. The Louisiana amendment may have failed, in part, because of confusion. 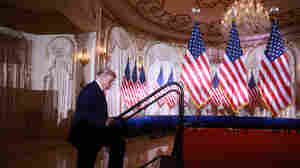 Former U.S. President Donald Trump took the stage at his Mar-a-Lago resort to announce that he was seeking another term in office and officially launched his 2024 presidential campaign. Joe Raedle/Getty Images hide caption

What Happens To The Investigations Involving Now-Candidate Trump?

November 16, 2022 • Former President Trump is launching his 2024 campaign with a cloud of legal issues hanging over his head. They include the federal investigation into the January 6 insurrection at the U.S. Capitol, another into the top secret documents he kept at Mar-a-Lago and a criminal tax fraud trial in New York.

What Happens To The Investigations Involving Now-Candidate Trump? 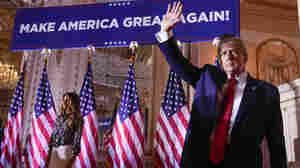 Former President Donald Trump waves after announcing he is running for president for the third time, on Nov. 15, 2022. Andrew Harnik/AP hide caption

With midterm losses, Trump's climb to the nomination could be steeper than he'd like

November 15, 2022 • Donald Trump is officially running again, trying to avenge his loss to Joe Biden, even as Trump still refuses to admit he lost. Trump's push to overturn the 2020 outcome helped spark an insurrection. 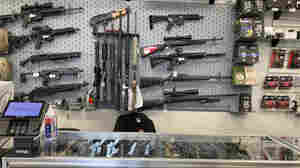 Gun advocacy groups say proposed regulations would not have addressed gun violence but rather require those who legally own guns to navigate cumbersome bureaucracy. Andrew Selsky/AP hide caption

November 15, 2022 • The measure requires an ownership fee, a safety course, fingerprinting, and a background check in order to obtain a gun permit. 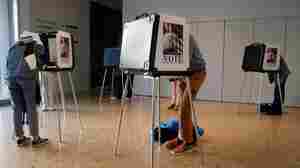 People cast their early ballots for the 2022 general election at the Ann Arbor, Michigan city clerk's satellite office on the campus of the University of Michigan, on the eve of the U.S. midterm elections. Jeff Kowalsky/AFP via Getty Images hide caption

November 15, 2022 • Young voters made their voices heard in the midterm vote. 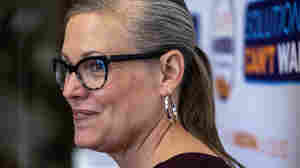 November 14, 2022 • It was an incredibly tight race between Hobbs, the current secretary of state in Arizona, and Lake, who spent 22 years at a local Fox affiliate and was backed by former President Donald Trump. 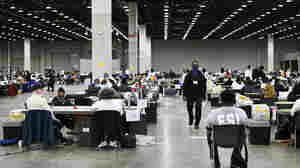 Ballot counters process absentee ballots on Nov. 8 at Huntington Place in Detroit. The scene this year was much calmer than 2020, when protesters descended on Detroit and yelled for election officials to "stop the count!" Jose Juarez/AP hide caption

November 14, 2022 • So far, false claims of voting malfeasance have not incited the chaos that many had feared would ensue, stoked by a mythos of election fraud that's become a core belief for many on the right. 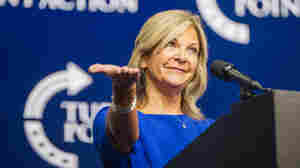 Kelli Ward, chair of the Arizona Republican Party, claimed that the limited request for her phone records, served on her service provider T-Mobile, was a violation of the First Amendment. Brandon Bell/Getty Images hide caption

November 14, 2022 • The court's action means that specific parts of Kelli Ward's phone records will be turned over to the House committee investigating the attack on the Capitol. 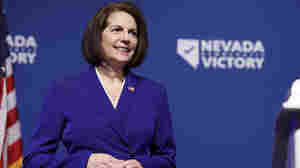 November 14, 2022 • Democrats retained control of the U.S. Senate after Sen. Catherine Cortez Masto won reelection in an exceptionally close race. She speaks with Morning Edition about what the race means for her party. 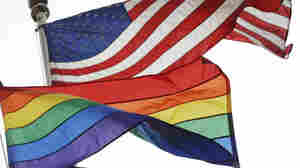 November 14, 2022 • The 2022 midterm election made history with the most wins for openly LGBTQ candidates. At least 340 candidates have won their races, beating the previous record of 336 in 2020.